As the impacts of climate change become increasingly present, almost every country in the world has to deal with its impacts. While some places are experiencing droughts and wildfires, others are facing flooding and extreme storms. However, one major effect of climate change will be experienced by nearly 75% of the world's nations: sea level rise. With most countries having an ocean border, and over half of the world's largest cities being located along the coastline, large populations will be at risk of coastal deluge and infrastructure deterioration.

In Australia, Sydney, Melbourne, and Perth could be heavily affected, with the country as a whole having over 80% of the population living near the coast. Using projections from the Intergovernmental Panel on Climate Change, Coastal Risk Australia notes that numerous "houses and landmarks in every state and territory except the ACT will be underwater by 2100".

Property developers working in these areas will need to increasingly be aware of these risks, and consider how changing coastlines and water levels may affect their developments.

What Are the Issues?

The primary impacts that marina developers will need to consider are fluctuating water levels, with surges of water at particular times, as well as changing water temperatures and intense storms.

One issue is that marina construction (and other coastal property development) removes the coastline's natural protections against extreme weather events and sea level rise. Natural flooding areas or water channels may be diverted, removed, or built on top of, which can increase the risk of flooding in new areas, or of infrastructure being damaged in unpredictable storms or tide surges. Coastal excavation and construction can accelerate erosion, which can increase water levels further, change hydrodynamic water flows along the coastal area, and lead to shoreline and wave height irregularities. These issues will need to be increasingly considered and mitigated as the sea level rises, and as climate-related weather events become increasingly common.

A study which examined coastal and marina development in the Western Australian town of Exmouth, determined that property prices do not currently reflect the risks property owners may be exposed to. This indicates that the industry and accompanying insurance and property markets, may not yet be taking into account sea level changes and climate change impacts. This leaves scope for modern developers to take a forward-looking approach, and provide increasingly future-proofed infrastructure and damage-mitigating design features.

What Can Developers Do?

First, developers should create risk evaluation plans for their development area, taking into account projected sea level rises and weather events. Second, developers and engineers must also invest in permanent design decisions or adaptations to existing marinas that will create structural integrity against storms and storm surges. Third, project managers should ensure that relevant permits (for dredging or construction) are in place in the event that emergency responses are required. Also ensure that financing plans take into account the need for repairs, upgrades, and potential unavailability of services due to sea level fluctuations or unsafe conditions. Finally, navigation safety issues will need to be considered, with developers checking reef placement and deploying efficient buoyage systems that take into account reduced water clarity and shifting ocean floor sediment. This will ensure that those using the marina are not subject to additional hazards in the area.

Climate change and its impacts are something that cannot be escaped, but smart and forward-looking coastal developments can help to ensure that impacts are minimised. Marina construction builders and planners will be able to take a seat at the forefront of this more resilient and well-structured development, alongside public port developers and other coastal property planners. 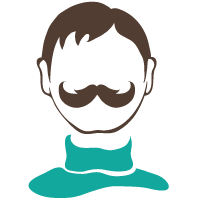